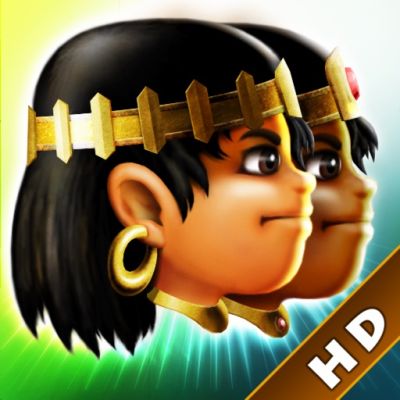 Babylonian Twins Platformer on iOS does support controllers and is compatible with the MFI standard.

Less than 0.1% solved all the puzzles ** Featured by Apple: 'Great Platformer' What happens when you combine Prince of Persia and the Lost Vikings in one game? An instant classic and iOS's best puzzle platformer.

Babylonian Twins is a 2D retro puzzle platform game that takes you to 576 BC in ancient Mesopotamia.

With a beautifully reconstructed historic environments, original Middle Eastern music and innovative two-character control, you will enjoy days and weeks of exploration and mind-twisting puzzles.

A critically acclaimed remake of the original Commodore Amiga game which was built in Iraq in the 90s. Critical reviews: --------- 4.5/5 - TouchArcade 4.5/5 - GamePro 5/5 - AppSmile 8/10 - PocketGamer "Fantastic head-scratching puzzles" - GamePro "Top marks level design, superb challenges", EuroGamer "A proud member of Mensa" - 148Apps "Reminds us what was so good about 16-bit gaming" - PocketGamer "A gorgeous, charming platformer with one of the most interesting backstories" - C-Net "An Instant Classic" - THEAPPERA Also featured on AOL News, Kotaku, Wired.com, Arstechnica, The Independent, The Vancouver Sun and others.