iOS13 adds support for PlayStation 4 and Xbox One S controllers 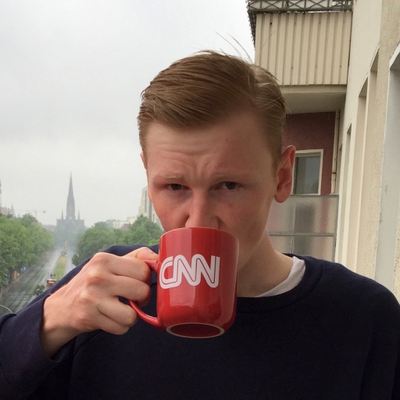 iOS, iPadOS, and tvOS gain DualShock 4 and Xbox One S (the regular xbox one controller does not have a bluetooth chip) controller support this fall. According to Apple's official document describing the features added with iOS 13 support for PlayStation 4 and Xbox One S controllers will be added in the coming update.

The same is true for tvOS, which will receive support for Playstation 4 and Xbox One S controllers as well.

This means that the announced streaming/link apps like Steam Link, PlayStation Now, Remote Play, and xCloud will be compatible with these controllers.

It seems like the controllers will be integrated in the MFi controller API, that means that all games that support MFi controllers now will support the Playstation 4 and Xbox One S controllers as well. No patching from game devs needed. (Apart from maybe adding additional controls for the clickable thumb sticks aka. R3 and L3)

@thisleenoble
Given the mandatory home confinement that's become popular of late and seeing as how I'd recently replaced the battery in my SE and I had a phone that now worked for longer than 10 minutes while unplugged, I coughed up for an Apple TV and a subscription to Arcade. We've got a PS3 and a Switch but no Bluetooth controllers compatible with the TV. I found several articles while looking for recommendations and had settled on the Horipad Ultimate as it wasn't a bank-breaking £50. Can't find one anywhere except one on ebay going for £80 form Japan. Turns out these things date from 2014 or something so are probably no longer manufactured. A further round of research, this time into MFi controllers, led me here. So no I'm settled on either the Steelseries Stratus or the GameSir M2. But they don't seem to exist anywhere. I'm highly resistant to lashing out £100 on some PS4 controllers so can anybody explain what's going on here? Why aren't there any controllers on the market at the moment? Is it a supply issue caused by The Event or a longer term issue of lack of interest from manufacturers?
REMAIN INDOORS.
Lee

@gingerbeardman
I wonder why no Nintendo controllers? Do we think they objected to protect their brand?

@kanni staff
I think that's exactly it. Imagine an iPhone with switch controllers attached on the sides. Would be better than the original switch (hardware and graphics wise, lol)

@integrusmedia
I had a controller like this but it doesn't work anymore due to iOS 13.4 update. :-(
@TigusVaton
Just a DOPE note for anyone getting the V2 of the PS4 controller:
It has both bluetooth and WIRED connection.
Which means less lag when putting in inputs.
(Also less radiation for those of you who care about that sort of thing )
Its not super noticeable but it just feels slightly faster.
ONLY WITH THE V2 VERSON(one that has the light bar on the front and back ) not the original.

@janoelze staff
cool, thanks for the info!
@TigusVaton
I forgot to mention something, you will need a USB port to do this. I’m currently using the USB3.0 Camera adapter by Apple (Official one ) its hooked up to a hub with my mouse and keyboard as well and still works great
@TigusVaton
I just bought a new controller on amazon (Dual Shock 4) turns out Steel Series Stratus Duo doesn't have console support at all so it would never work on ios.

@kanni staff
Aw bummer. Was hoping to get this one as well. Thanks for testing it dude!

@johannesbehr
What ist "console support"? Is there a specific bluetooth standard which needs to be supported in iOS 13?

@kanni staff
Yes, you will either have to get a ps4 or xbox 360 bluetooth controller OR a special certified mfi controller. check here for more:
https://controller.wtf/mfi-controllers

@johannesbehr
I love my SteelSeries Nimbus but hate the reconnect process while switching between appleTV and Mac. Would love to use a real hardware switch like Steal Series Stratus Duo. I hoped to use 2.4Gz with the mac and bluetooth with the AppleTV.

@mi9cr9
hi, thanks for the great website
I want to ask if anybody managed to get L3 and R3 buttons to work, also is fortnite crashing for everyone on beta or its just my old iPad?
@TigusVaton
https://www.google.com/url?sa=t&rct=j&q=&esrc=s&source=web&cd=1&ved=2ahUKEwi17oSWzbrjAhXTGs0KHbngCP0QFjAAegQIBRAB&url=https%3A%2F%2Fwww.cnet.com%2Fnews%2Ffortnite-players-warned-away-from-ios-13-beta-by-epic%2F&usg=AOvVaw3SQ6U3-kkvxC9mQCCkxRV2

Epic itself warns to stay away from ios 13. The game may not work tilll the fall on your iPad. I’’m in the same boat myslef.

@WorKev
What would people say is the best controller to use PS4 or Xbox One?

@kanni staff
I'd say it comes down to personal preference. Both are high quality controllers. Go into a store, test both and see what feels better in your hands :)

@kanni staff
Personally, i prefer the xbox one :D what do you like better subout the ps4 one?

I got into the Ipad iOS beta on my Ipad 5gen. I feel like i’ve just bought a console now that I can use my ps4 controller. It’s kind of mind blowing. Nintendo needs to look out.

@lucaspericoburigo
Same as me!! Have an Ipad 5th gen and just updated to IOS 13. Man... that iOS is going to be great. Going to buy GTA SA now!

@kanni staff
How is the beta running for you? I've heard it's pretty buggy still!?

@lucaspericoburigo
So far so good. Just some apps aren't running and some are running with some problems (like madden, the audio is not working).

The desk is okay, just a bit laggy when we activate that new thing (I thinks its called home) and swipe to another pages. But overall its okay so far.

@tbhprotectnserve13
Its crazy that they are finally doing this! Its a good shock to the system. I wanted to get the steel series Nimbus Duo controller ( which is an XBOX Controller ) So now I can use it for my iPad! Fall CANT COME ANY SOONER!!! (/O.O)/

I was reading up on the nimbus duo earlier and was disappointed that it didnt have mfi support. I’d be amazing if it indeed will work wirh iOS o_o

@tbhprotectnserve13
I felt the same way, going to get one in July, will let you all know if it works!

@kanni staff
It's absolutely insane Apple is doing this. This will change A LOT for iOS game developers. Suddenly the number of people that own controllers has increased dramatically. I'm very looking forward the changes this will bring. YAY!

@kyussuk
Sorry to jump on this post but... apart from fortnite are there any mfi compatible battle Royale games on iOS or just straight out FPS games that are Mfi compatible?

@kanni staff
Not really a fps on mobile kinda guy unfortunately. we had a topic a couple of weeks back:
https://controller.wtf/forum/77a30eb/best-fps
Discover MFi Games
controller.wtf is a directory of all iOS Games with game controller support.
Sign up
or Learn more
Games & Collections
News
Community
Account
Impressum  &  Datenschutzerklärung
Sign in
Get Started
Create an account to:
Sign in via Email Sign in via Google
Sign in
Get Started